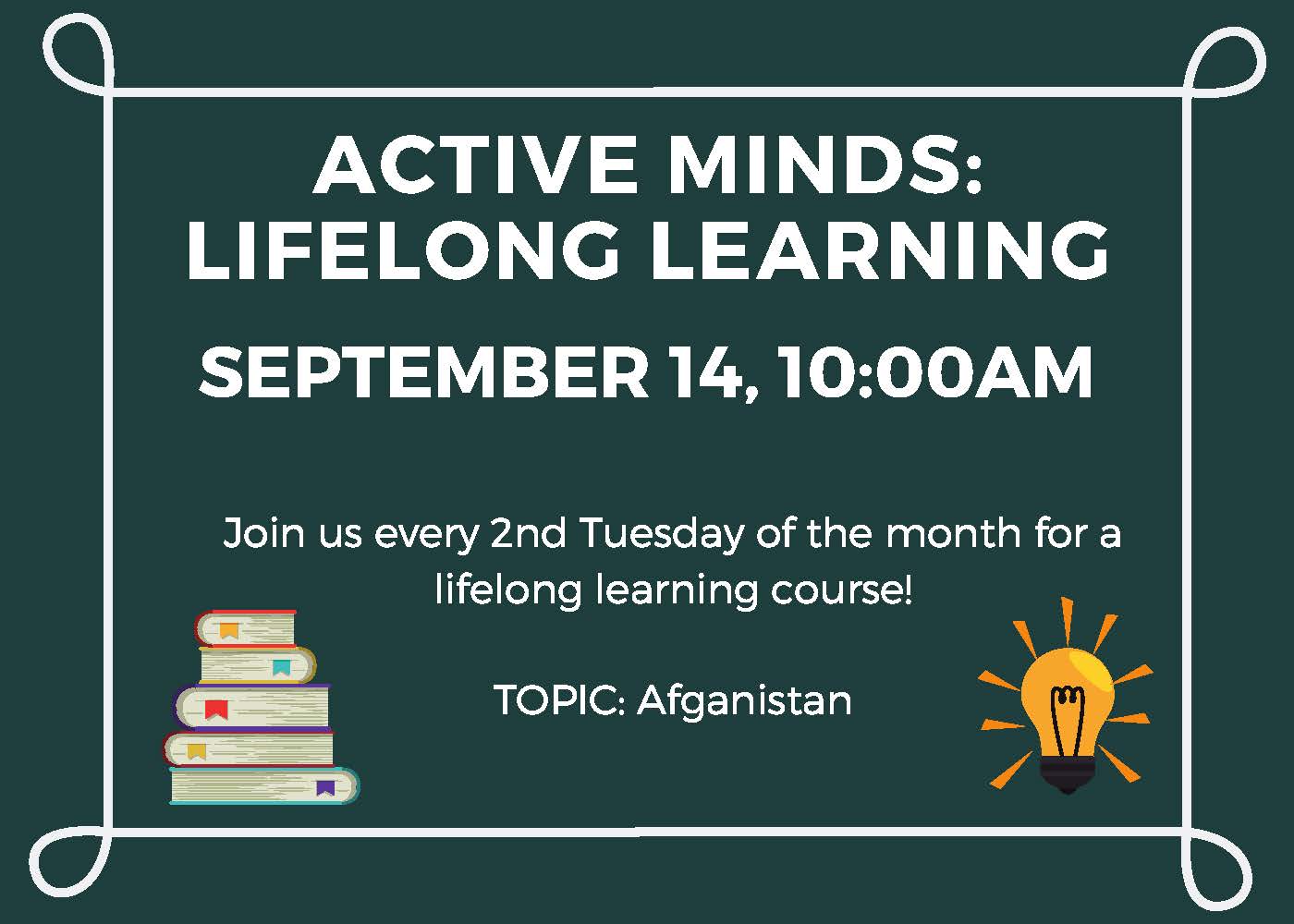 Twenty years after the 9/11 attacks, the U.S. has announced its intention to withdraw combat troops from Afghanistan. In the immediate aftermath of the attacks, the U.S. led a coalition invasion of Afghanistan seeking to oust the ruling Taliban and find Al Qaeda leaders, including Osama bin Laden. Join Active Minds for a look at the story of Afghanistan, both before and since 9/11. We will also take a look forward at what the future holds for this war-torn country.