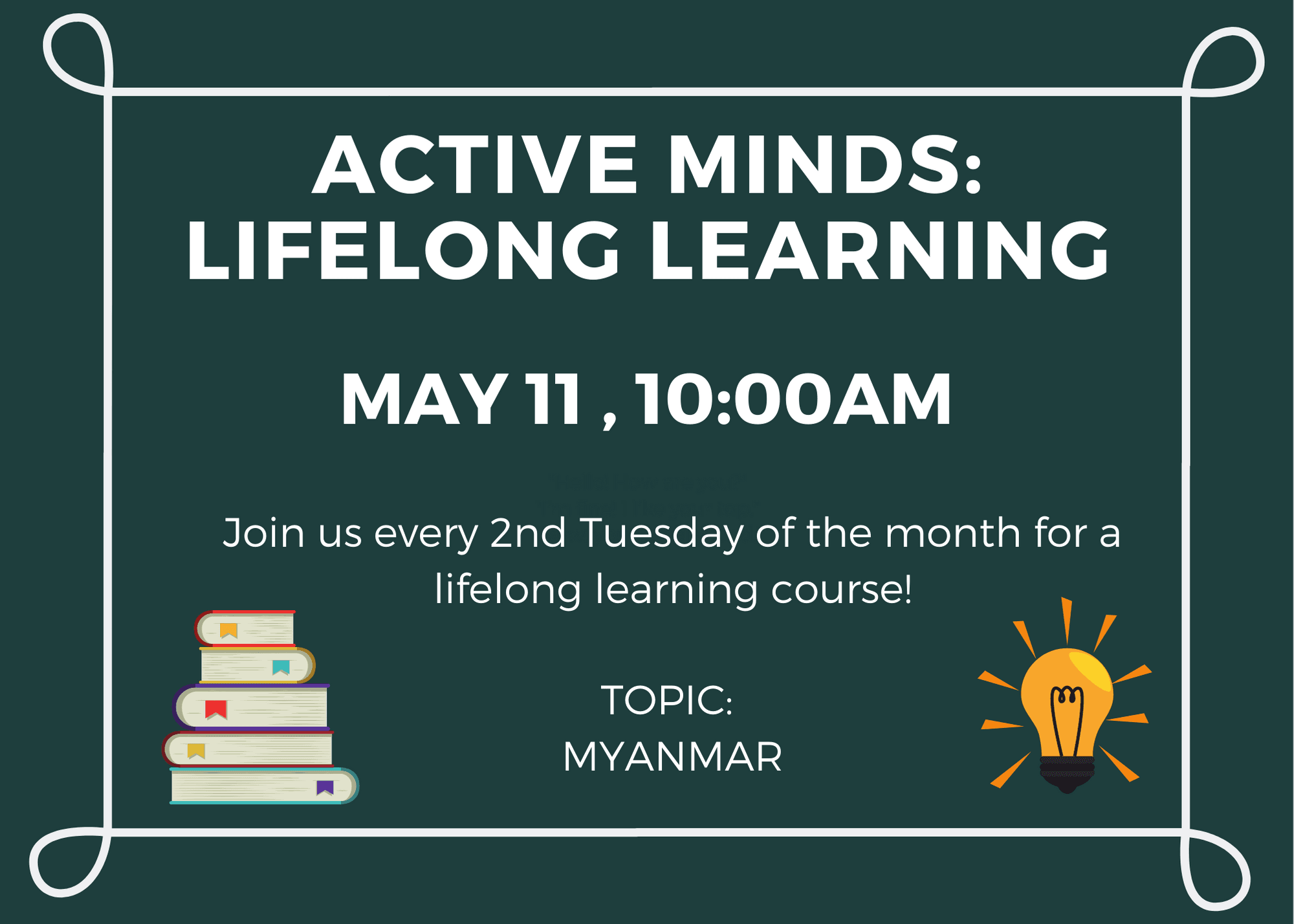 Join Active Minds at the Overlook Clubhouse for a life-long learning course on the second Tuesday of every month.

In February of 2021 the democratically elected government of Myanmar, led by Nobel Peace Prize winner Aung San Suu Kyi, was toppled in a military coup that was widely condemned by the international community. Since achieving its independence in 1948, Myanmar’s post-colonial history has often been characterized by military rule and human rights abuses, including reports of the Buddhist majority government targeting the Rohingya, a Muslim minority population. Join Active Minds as we explore the current situation as well as the history of this important Southeast Asian country, formerly known as Burma.

This program is being brought to you by Sterling Ranch and Active Minds®.
Expanding lives and minds with community based educational programs.

SEND ME MORE INFO ABOUT THE Broadstone Sterling Ranch Apartments!
Please take a moment to fill out the form below to tell us which homebuilder(s) interest you. We will provide your information to your selected homebuilder(s) for follow up.