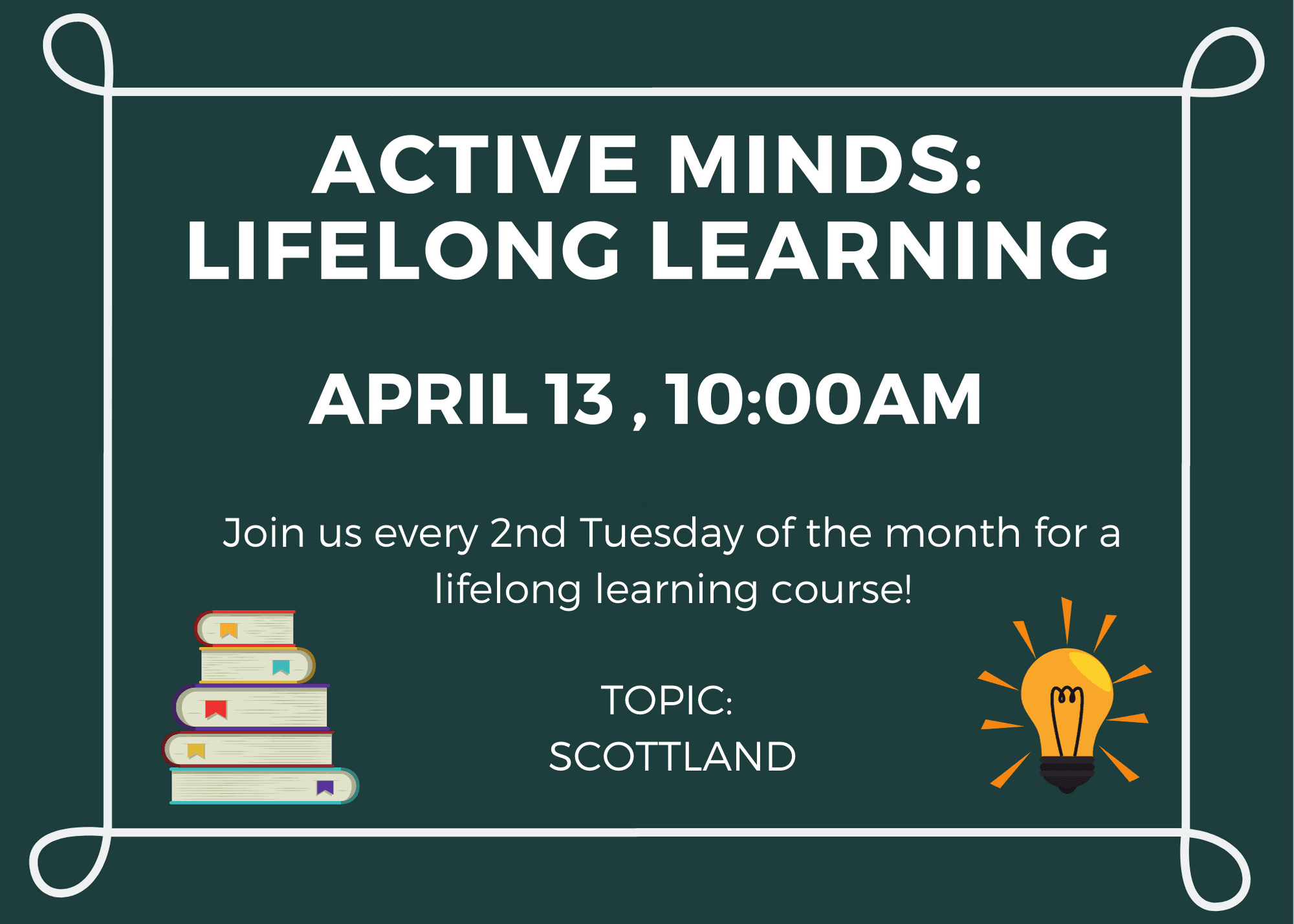 The northernmost territory of Great Britain and the United Kingdom, Scotland has its own fierce national identity and deep historical ties with the United States due to centuries of Scottish emigration. The future of Scotland is uncertain, however, given the United Kingdom’s exit from the European Union and calls for second vote on independence (a first vote was narrowly defeated in 2014). Join Active Minds as we explore Scotland’s history, its current situation, and its uncertain future.