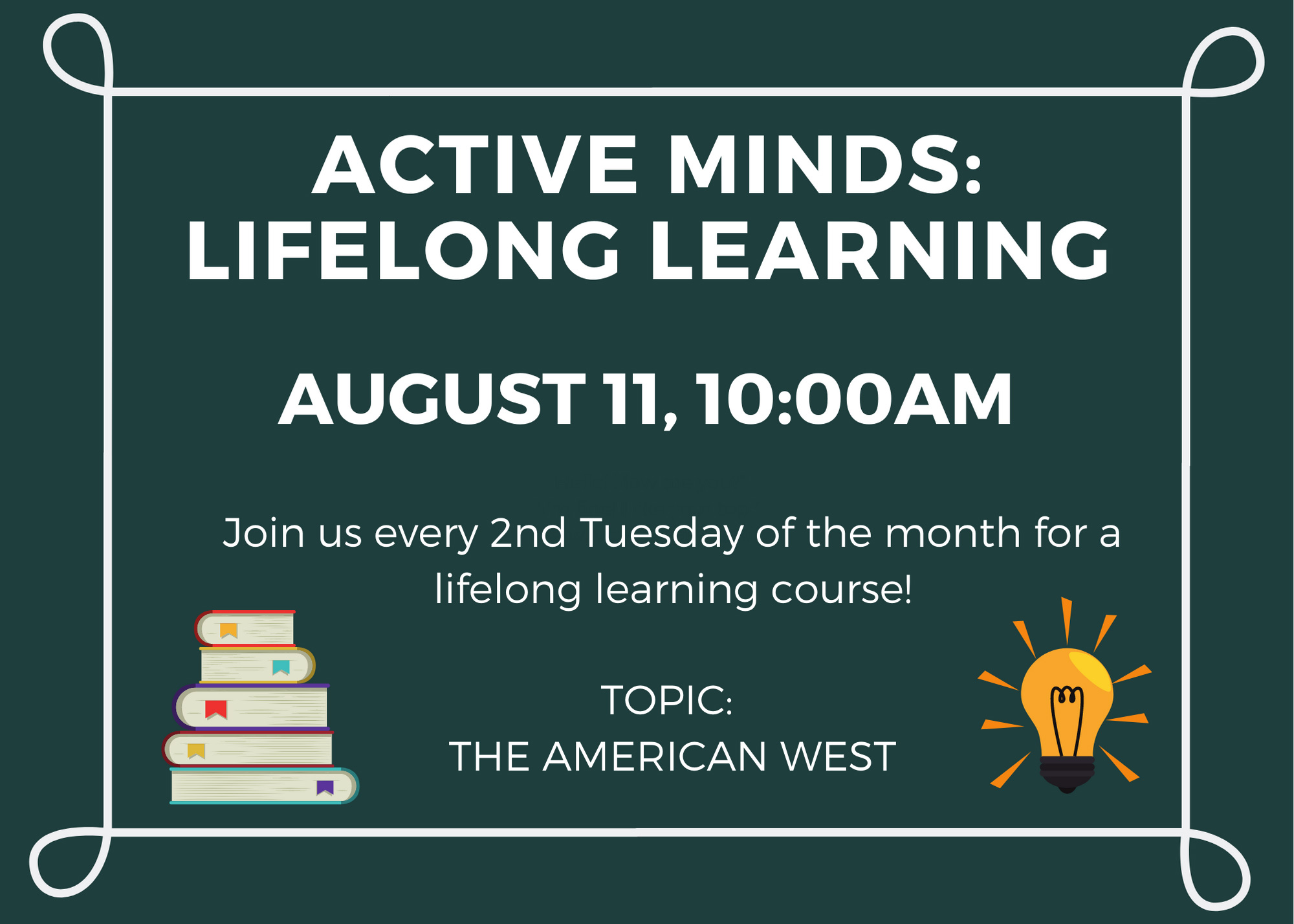 Join Active Minds for an exploration of how the West was opened and won. We’ll tell the story from a variety of perspectives–from the early explorers who ventured into the unknown to the fortune seekers who raced to the Gold Rush. We’ll also include the often brutal elements of what was known at the time as “Manifest Destiny” including conflicts with Native Americans as well as Spanish Mexico, all of which added significant territory to the United States.