ACTIVE MINDS: WOMEN’S SUFFRAGE IN THE US 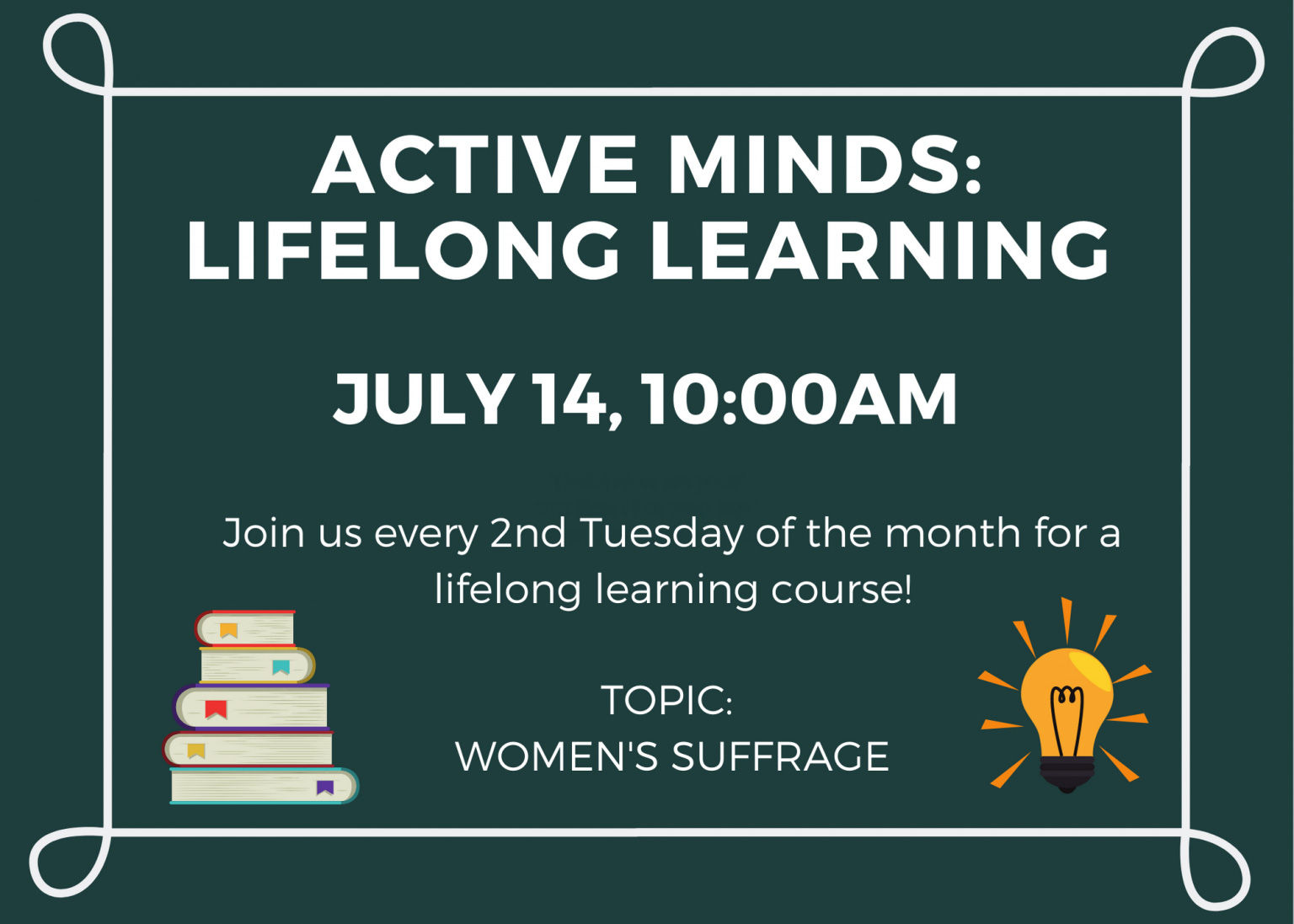 ACTIVE MINDS: WOMEN’S SUFFRAGE IN THE US

Women’s Suffrage in the U.S.

It took activists and reformers many decades to win the right to vote for women in the United States and on August 18, 1920, the 19th Amendment to the Constitution was finally ratified. Join Active Minds as we tell the story of women’s right to vote in the United States 100 years later. We will highlight the role of Susan B. Anthony, Elizabeth Cady Stanton, and others as well as discuss current issues around gender equality in our political process and leadership.