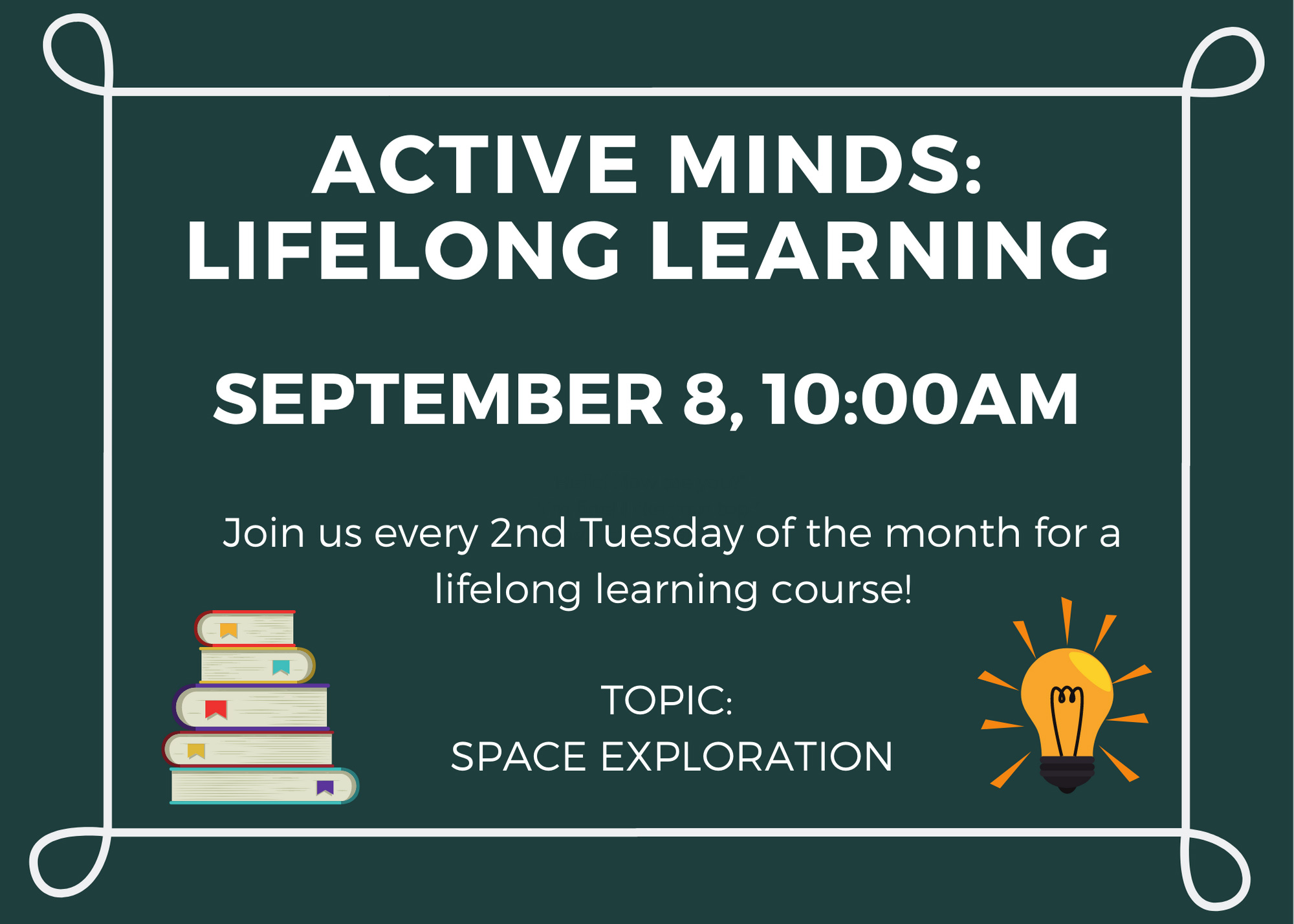 Join Active Minds on September 8 at 10:00 am for a virtual Space Exploration class!
The United States landed the first manned space mission on the moon in July of 1969. Join Active Minds as we reflect on President Kennedy’s challenge, the space race, the Apollo Mission, and the role NASA has played since the lunar landing. We will bring the topic up to date by discussing the current political context for NASA and the rise of private space companies such as SpaceX, Blue Origin, Virgin Galactic, and others.

**BRING A FRIEND CHALLENGE! The participant that invites and brings the most of the family, friends, or neighbors will be entered into a random drawing for a $20 King Sooper’s gift card! Email Kate Kunzie at katek@sterlingranchcab.com with the friends your bringing, winner will be announced at the end of class**
Click here to join Zoom class

Without Internet: Connect by Phone (audio only):